Gotta Get on the Road EP 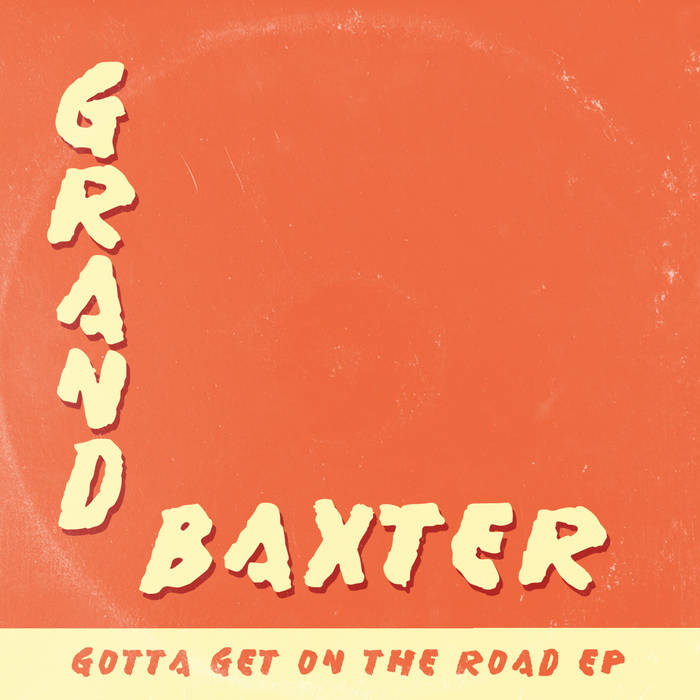 Songwriter and front-man Ben Langdon was struggling with another band. The Bean Project had been a duo; and in 2016 together for 3 years. They had plodded their way as a young naïve independent act through the overwhelming ferocity of the new music industry. They had received encouragement, fan praise and enough accolades to afford them opportunities to put together a 5-piece band, tour, play big Australian festivals, travel overseas and finally release their debut album. The album was released in July of 2017 after a solid 18-month stint of playing and recording. Burned out and way over their heads, a rift emerged between Ben and his band partner. Issues were around work versus reward, and division of responsibility. After a tumultuous and tense few months, his partner decided to leave.

Like the end of a long and intense relationship, the dissolution of the partnership hit Ben hard. His lack of motivation and inspiration also caused other problems - he and his girlfriend broke up soon after. With no money, no direction and no band, Ben was starting to look at music through a different lens; one of financial need not one of artistic desire.

He needed a distraction. He needed inspiration. He needed to learn to love expression and even music once again. He wrote a collection of new songs, and knowing them as mediocre, began to play them solo at bars and pubs around Melbourne. He named the project in honour of his childhood dog Baxter who had recently passed. The set-list quickly grew. There was some freedom in the ability to write whatever; to write for only one’s self and not with preordained instrumentation, the limitations of personnel or the worries of creating a cohesive catalogue. The songs kept coming. They changed with tastes, with favoured albums, with ideas, with mental health, with new friends and with the weather.

Three quarters of the ‘Gotta Get on the Road EP’ was recorded during this period of creative abundance. Songs were put together piece by piece in a makeshift home studio in Ben’s bedroom. Extra mattresses lined the walls for sound insulation. Each drum was recorded separately and compiled. Odd guitar amp and mic placements were quickly tested and adopted. There was no end goal. It was a creative exercise, and one that ideally would reignite his passion to continue The Bean Project. Eventually out of the 6 recorded songs, 3 made the cut. They were loosely mixed, but then shelved while he focussed on getting a job and making a steady income.

In mid-2018 Ben had an existential crisis. He wondered what the hell he was doing with his life. His day-jobs, though in venues with live music, were crippling his creative ideals and sense of self-worth. In a whirlwind of depression, insecurity and self-destruction, he decided to just get some music out there and do with his life what he initially intended.

The ‘Gotta Get on the Road’ EP was re-mixed and released in October 2018. It featured the three tracks of the original recordings, and another track recorded in August 2018 called ‘At The End’ about the death of Ben’s grandmother. The EP has the sounds of country, alt-rock, folk and singer-songwriter, all moulded together by delicately arranged acoustic and electric guitars, a simplistic kick and snare rhythm section and the odd synth. Songs such as ‘Down to the Ground’ and ‘Black Dog’ discuss the darkness of depression while the title track ‘Gotta Get on the Road’ speaks wistfully of travelling and sleeping in a van.

The debut EP for Grand Baxter hints at the mindset of its front man during the recording, but promises a depth of songwriting and musical endeavour in coming years.

The Grand Baxter story is so far short, having formed by singer-songwriter Ben Langdon as a welcome distraction from the stress of other musical pursuits. Their songs dance between the lyrically intense and the playfully pretty, best described as 'a bold hamper of charisma, musicality and Americana charm.' ... more

Bandcamp Daily  your guide to the world of Bandcamp

Featuring Oakland sounds from the Smart Bomb collective and Samplelov.